The Legend About The Norse Goddess Freya

Long before the world became as it is today, Njord, the god of sea and trade, fathered Freya, the goddess of war, and Frey, the god of peace and fertility. The twins could often be seen racing each other during warm summer nights, Freya in her chariot, drawn by two enormous cats and Frey on his boar Gullinbursti.

Meanwhile, in a time now long forgotten, there was a young man named Ottar who lived in Midgard, the realm of the humans. He was an orphan, and had no knowledge of his ancestors, but had gained land by virtue of hard work. He worshipped the Norse goddesses and Freya most of all. Freya was mighty pleased with Ottar’s stone altar and offerings, but more than anything, she was proud of his actions. Ottar always kept his word, he was as wise as he was generous and he was brave in the face of danger.

One day, in the days now long departed, a stranger made a claim to Ottar’s land at the thingstead. The only way to keep his property was by inheritance, and Ottar knew nothing about his stem-mothers and forefathers. Distraught at the thought of losing everything Ottar returned to his longhouse. Waiting in his hall was the goddess Freya. She suggested that Ottar should join her on a journey to Asgard, the realm of the Norse goddesses and gods. The awestruck Ottar could only nod in agreement and, in a split second, Freya magically transformed him into a ferocious-looking boar, much like the one belonging to her brother Frey.

On their way to Asgard, they passed a burrow, the dwelling of a mighty völva, a sorceress. Freya now demanded that the sorceress should recite Ottar’s lineage and she was forced to oblige, for Freya was a goddess with unparalleled power. The women and men the sorceress listed were the noblest of tribe mothers and forefathers, celebrated queens and kings and finally, the goddesses and gods themselves. And so it happened, that Ottar was the descendant of the deities and his lineage could be traced back to Freya’s own brother Frey. Freya now asked the sorceress to bring forth memory beer so that Ottar would remember this long list of ancestors. As the sorceress offered the beer she said ‘I hand you this draught but mind you, it is full of venom, an evil fate will befall you’. But Freya just laughed and said ‘Her words will work no ill, drink Ottar, and only good will transpire for I, and all the goddesses and gods, will safeguard you’. Onwards they rode, and Ottar spent a day in Asgard before he returned to Midgard and, with the knowledge he had gained, he was able to preserve his land. Ottar went on to live an adventurous life and naturally, once his life on earth ended, he joined Freya’s other champions in her magnificent hall.

Therefore, in this time before remembrance, it was known that a worthy life will grant you abundance and, more importantly, faithful friends who will aid you against your enemies - both human and beast. 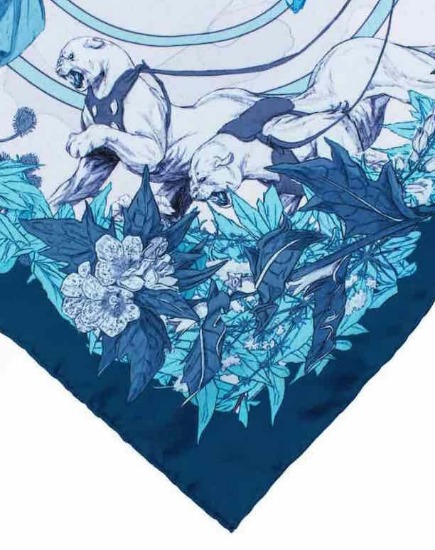 The story behind the Freya & Frey collection is based on the poem Hyndluljóð cited in the Poetic Edda. Freya and her twin brother Frey are mentioned in several authentic sagas and poems, but both of them are often misrepresented in modern times. Freya’s role as a war goddess was especially poorly received, particularly during the Romantic era.

Her unmatched position as a powerful shaman - völva, her unique knowledge of the seidr, a magical rite enabling her to predict the future, her ferocious temper, and her sexual independence were all misconstrued, and instead, she was reduced to a goddess of love. Her primary role is as the ruler of war, the foremost of all Valkyries - the selectors of the fallen. It is she who chooses half of all those who have died a heroic death to serve her, in her hall Sessrumnir, in the afterlife. Only thereafter the remaining half joins Odin in Valhalla.