THE LEGEND ABOUT THE NORSE GODDESS FRIGG

Long before the world became as it is today, the goddess Frigg and her husband Odin were seated in the great throne Hildskaft, looking out over the worlds. Odin began mocking Frigg claiming that one of her protégées on earth was having babies with a jötun in a cave whereas Odin’s own protégée, Geirröd, was the king of his own land. Frigg answered that she cared nothing for the likes of Odin’s protégée since he was so stingy he starved his guests. Odin declared that this was a lie – and so Frigg and Odin made a bet and it was decided that Odin would visit king Gerröd to see for himself.

Now, Frigg was cunning and sent her maiden Fulla to warn the king about the upcoming visit of a stranger in a blue coat who might destroy the king. As soon as Odin arrived in his blue coat he was arrested by the king and placed between two great fires in the hall. After eight nights the king’s son Agnar, who was then only ten winters old, approached the strange man to offer him a horn of ale. As the stranger drank the fires became blazing white and his coat looked as if on fire. Odin then declared his identity and, he let it be known that the king had lost the goddesses' and gods' favor and that his time of earth was over. The king was sitting at his high seat with his sword in his lap and as he heard Odin’s words he leapt up from his seat, the sword in his knee fell with the blade up and king tripped, fell forward over the sword, and was pierced from one side to the other. Then Odin vanished and the king’s son, the only one who had showed the stranger some hospitality, ruled for a long time to come. 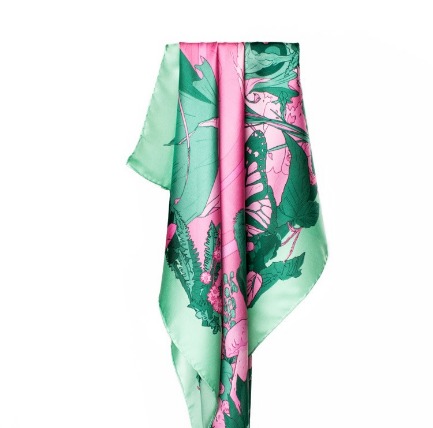 This story  is inspired by Grímnismál (Sayings of Grímnir) one of the mythological poems of the Poetic Edda.

Frigg is described as the Norse goddess associated with foresight and wisdom and, dwells in Fensalir, meaning `the wetland halls` in Old Norse. She is the mother of the god Balder, and keeps several loyal maidens by her side. Fulla is said to know all of Frigg's secrets and Gna is her faithful messenger.