In contrast to most conventional love stories, their Norse counterparts feature daring women, heroines, and fierce goddesses. In contrast to the more modern storylines, none of the Norse ladies are in need of being saved by a prince or a hero.

In fact, The more I learn from the Old Norse sources there more peculiar I find it that the Viqueens and Vikings, in modern times, are so closely associated with brute force and violence. As this poem reveals, the ancient people of the north thought nothing of a life without love.

So, without further ado here is my list of the best Norse love stories: 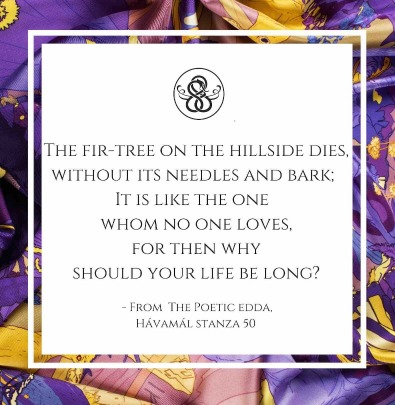 NO. 1. FREYA – THE “WORST” LOVE GODDESS IN HISTORY

Hardly surprising we begin our countdown with the Norse goddess Freya, whom most associate with love. However, this is to a large extent a misrepresentation and there is so much more to this fierce power woman. In fact, Freya’s original role was as a war goddess but, a woman being associated with war was simply too far fetched for the 18th- and 19th-century gentlemen poets that reintroduced her into modern day literature. So, they effectively erased her qualities as a powerful magician, her ferocious temper and her sexual independence from history. Luckily, we still have the original poems from the Viking Age featuring Freya in her primary role is as the ruler of war, the foremost of all Valkyries, i.e. the choosers of the fallen. It is she who selects half of all those who have died a heroic death to serve her, in her hall Sessrumnir, in the afterlife. Only thereafter the remaining half joins Odin in Valhalla.

In fact, there are no love stories featuring Freya in the ancient historical sources. There are poems portraying her magical powers, her riches (her realm, jewelry, and enchanted objects) and her sexual independence but with regards to traditional love-affairs history tells us nothing. Nevertheless, I have a favorite Norse love story about Freya, be it of an untraditional kind. In the story, Freya saves her devoted protégée Ottar from ruin. It is a story about loyalty, devotion, and friendship – all of which are key elements of love.

NO. 2. THE VIKING AGE ROMEO AND JULIET – SVIPDAGR AND MENGLOTH

The love story of Svipdagr and Mengloth is an epic love story from the beautiful poem Fjölsvinnsmál (The sayings of Fjolsvinn) from the Poetic Edda. The story features the legendary Mengloth and the hero Svipdagr. Despite having been separated for an eternity, our heroine doesn’t sit idly by waiting for her one true love. She works all day together with her maidens to heal the wounded and sick, in her own realm, surrounded by her own riches and she doesn’t simply fall into anyone’s arms - not even those of her long lost Svipdagr. I urge you to read this wonderful love poem!

The Old Norse literature features several stories on the theme of parental love. My favorite is Grógaldr, the song of Groa. The story is about a young man seeking advice from his deceased mother. He visits her grave mound and she comes forth to offer advice and comfort. For centuries the poem was known only in a rewritten format, in which the son seeks advice from his father. Luckily, the existence of the original poem resulted in Groa regaining her rightful place in historical storytelling again.
Finally, even the famous god Thor is depicted as an affectionate father. He is known to miss his beloved daughter and is described as ”he who longs fiercely for Thrud”. So let’s say farewell to misrepresenting the Viqeens and Vikings as nothing more than malevolent warriors. The surviving parts of their poetry are without a doubt a testament of love and feature some of the most romantic words ever written on the subject.